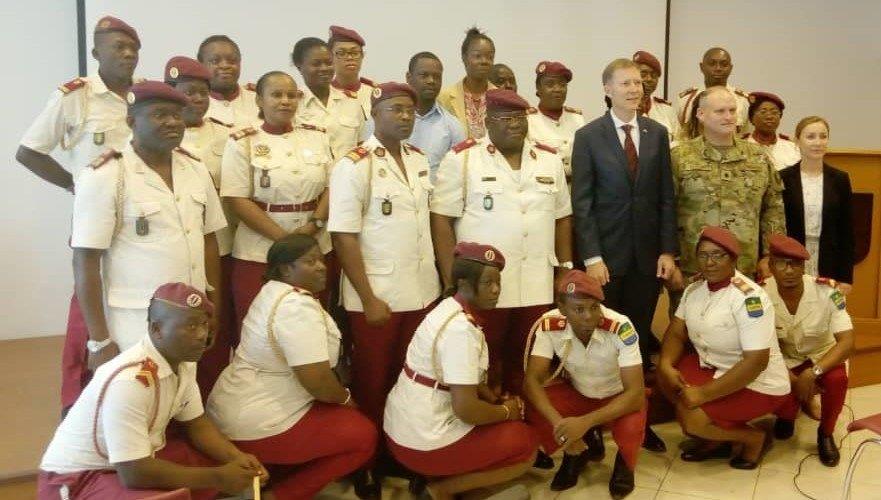 Friday, January 31, the U.S. Embassy’s Deputy Chief of Mission Chris Tremann donated equipment to Gabon’s Ministry of Defense, to aid in the fight against HIV/AIDS.

This donation is part of the U.S. government’s commitment to fight HIV/AIDs in Gabon. During a four year period, the Embassy will donate $1.12 million in equipment and expertise to support Gabon’s efforts in reducing the number of new HIV infections and other sexually transmitted diseases among members of the Gabonese Defense and Security Forces, their families, and the civilian communities.

Since 2005, the U.S. government, through the Department of Defense’s HIV/AIDS Prevention Program has supported Gabon in its response to their HIV/AIDS epidemic. Medical Care Development International, an American private volunteer organization located in Washington, DC is the U.S. government’s implementing partner on this project.