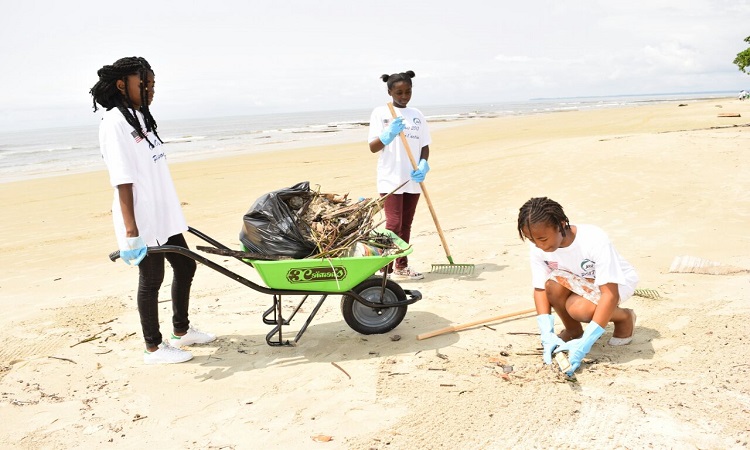 On Friday January 13, Juliette Bengone Ngoua, an active member of the Embassy’s Book Club and AWEP Gabon member, launched the “Youth and Environment” (Jeunesse et L’Environment) initiative to raise awareness among youth regarding the importance of protecting our oceans in a conference funded by a grant from Embassy Libreville.

Building on ideas presented during Secretary of State Kerry’s Our Oceans conference in 2016, the youth conference took place at the Martin Luther King School with approximately 100 participants. Local media and students attended the event and representatives of local environmental NGOs, the Ministry of Environment and environmental lawyers gave presentations and fielded questions.

Of particular interest to the group was the idea of payer-polluter polices for oceans, along with the importance of recycling, reusing and reducing.

The conference was followed by a spirited beach clean-up activity by the group which was held across the street from Lycee d’Etat, Gabon’s largest school which is located in a highly-trafficked area. The conference empowered local actors to work with youth to highlight their role in protecting the environment in Gabon.