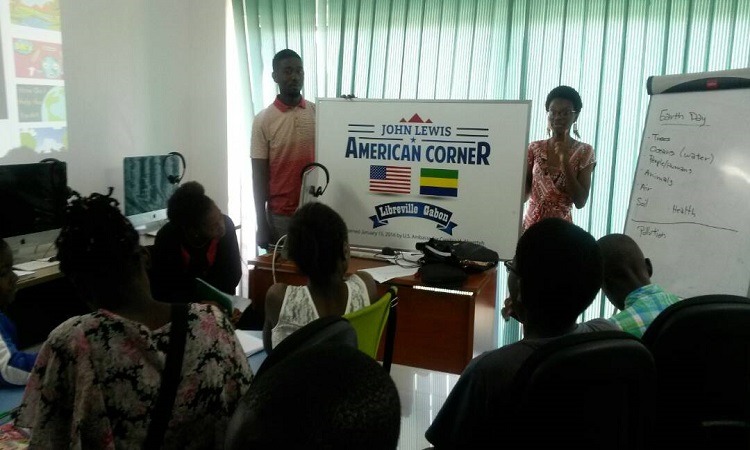 The Libreville American Corner has hosted an open, interactive workshop as a follow up to Earth Day, led by two environmentalists, Emmanuel Ndong from the World Wildlife Fund Gabon and Juliette Ngoua, founder of the NGO “Youth and Environment” (Jeunesse et Environnement). The main topics covered during the workshop were climate change, sustainable development, oceans conservation and what is meant by a carbon footprint. The twenty-five attendees said that much of what was discussed during the workshop was new to them, and that they hoped to learn more.