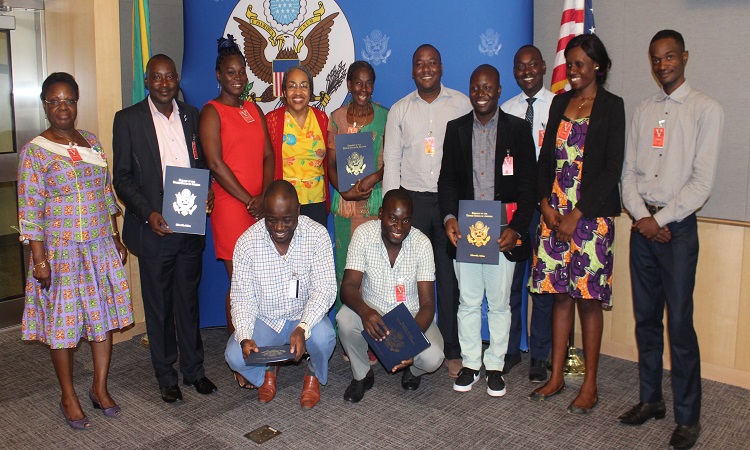 The Ambassador presided over a grant signing ceremony with Gabonese recipients of FY2015 Special Self Help (SSH) funds on February 28 at the Embassy.

The six SSH projects range in scope from biodiversity awareness to female health education to promotion of food security through community farming.

These projects received $40,000 in funding and are located in five of Gabon’s nine provinces.  Gabon TV, TV Plus S.A. and l’union newspaper covered the event and interviewed three of the grantees.